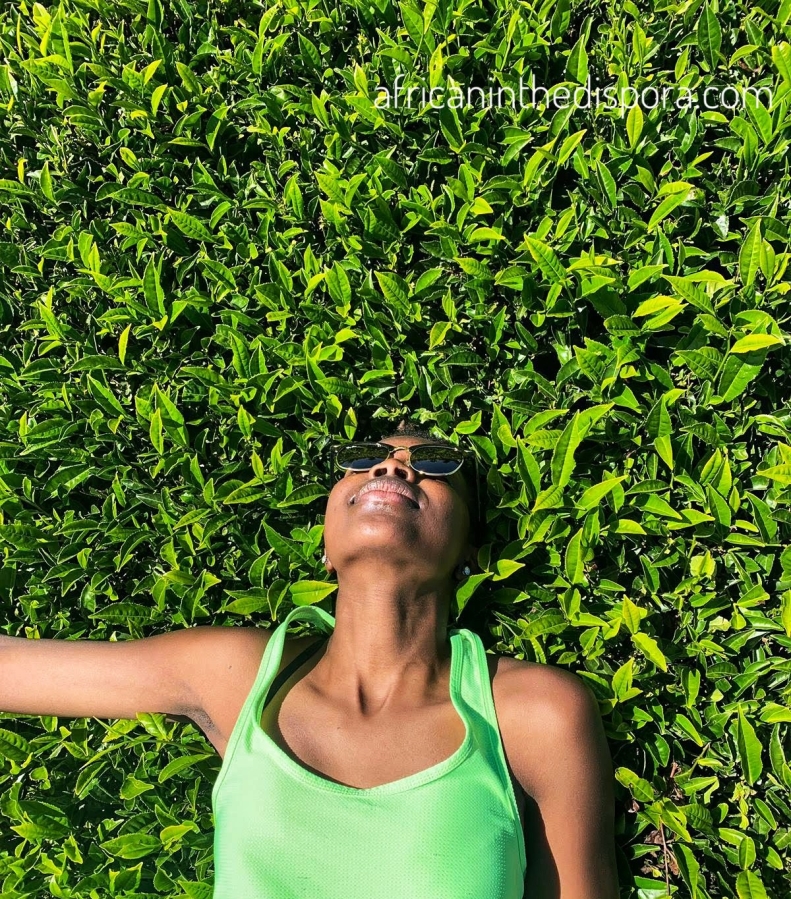 If there is one thing I would like to thank our colonizers for, is their introduction of tea to Kenya from India. If I had a dollar for every cup of tea I have drank in my lifetime, I would own a penthouse in the Burj Khalifa. I need to explain the uniqueness of Kenya black tea or ‘chai’ for you to understand the obsession. The name ‘chai’ is borrowed from India and their tea is essentially the same as ours. It’s brewed in a pot with milk, water, and spices like masala, ginger, cardamon, cinnamon can be added. You can take it with sugar but I prefer mine without.

My tea has to be loaded with copious amounts of milk – whole milk for that matter. The other day I was reminiscing with my mom regarding our milk man from back when we were kids. Our milk man Njoroge used to wake up way before the crack of dawn, bundle up his milk jugs and bike in a matatu (minibus), and begin the one hour journey from Muguga to Nairobi. He would then drop off somewhere in Nairobi, load the milk on his roadster bike (black mamba or blackie as we called them) and begin deliveries to various homes using his bike. Njoroge quickly became an extension of our family and is even in a couple of our old photographs. Rain or shine, the old man used to always dress like it was winter – with a knit cap that covered his ears with the strings tied below his chin. He would wear combat boots with super thick knit socks and I remember thinking how they ugly they were. But guess what? Those boots are now in style and I even own a pair (joke’s on me).

Njoroge was such a character – he would always come in the house, sit on the exact same sofa arm so he wouldn’t have to take off his boots. I imagine it would have been a workout for him to wiggle his feet with those thick socks in and out of his boots. He would always ask for a cup of steaming hot water (he never used his product), so we always had it ready for him upon his arrival. The somewhat chubby man wore the sofa arm out and my mom complained, but she would always let him sit on it as he narrated various stories to her – half in kikuyu – a language we do not speak. As a kid, I wondered how much money he made because he spent a lot more time visiting than delivering, but I recently learned that he was a wealthy businessman who owned a fleet of matatus, yet he would still ride his bike every morning to make deliveries to his clients.

I never thought milk and a milk man like Njoroge was something of a precious commodity until two years ago during my sister’s koito (traditional Kalenjin wedding) when her Nigerian in-laws came to Kenya. They were impressed and fascinated by the tea and the abundance of milk in the country. Why? Apparently there is very limited milk in Nigeria. Milk and cats. Nigerian cows produce the lowest amount of milk globally. They also don’t have cats , and no, it’s not because there’s not enough milk for the cats. I cannot explain here why there are no cats in Nigeria – PETA may have to get involved. Just know obese rats freely roam the street markets of Lagos.

Back to tea. Now what makes the tea unique is the type of tea leaves used. The taste of the tea is dependent on the growing conditions – the soil, the climate, the altitude, the air quality (okay maybe not), but if you happen to go to the high altitude areas where tea is grown in Kenya, your soul will dance when you breathe that fresh air. All impurities will depart from you. Heck, maybe your sins will be forgiven. I believe God kisses those leaves individually.

A few years ago, my parents took the family to visit a tea factory in Nandi Hills. Since they grow tea, they wanted us to see how tea leaves are processed to get to the final product. I learned that the purest form of the tea leaves are packaged for export to markets abroad to be blended, then the impure stuff are sold in Kenya. I could go on a commentary regarding this injustice and the neocolonialness of it but you know what, we already love that impure stuff so no one is ready to put up a fight.

Now the most important thing to note is when you are making tea in a Kenyan household, you do not make enough. You make it in excess. Making just enough is risky because, what if visitors stop by unannounced (a very common occurrence), dinner is running late, or the stories are so juicy that a steady supply is needed? Also, tea is drank at any hour of the day but “chai ya saa kumi” or 4pm tea is paramount – a culture inherited from British colonialists.

With the Covid-19 pandemic, the supply of Kenya tea among diasporans is running low. If you’re in the diaspora, you know you must always return from home with majani (tea leaves) or ask someone to bring you some. Tea is indeed a precious commodity out here, more so now than ever. With the current shut down of international travel, the movement of “impure tea” in people’s suitcases has come to a halt. We cannot go and buy the tea in the stores because as I mentioned, we do not fancy the exported variety. So please let us all follow public health directives to help combat Covid-19 as I and many chai obsessed diasporans need to maintain our supply of the precious impure chai.

View all posts by Charity Maritim

6 thoughts on “Bring Me My Tea – My Obsession With Chai”